Time for a little update on some bits and pieces that have been occurring round these parts I guess. It’s a bit full on, feel free to dip in and out as you like.

Create understanding of your work in relation to research; explore through a process that orbits, and/or penetrates your production.

Consider the art of writing itself; not just as a tool or technique for the translation of ideas or works. Consider your research processes and writing approaches as knowledge production; some people argue that research is embedded in production.

Be conscious of the formal aspects of your writing, experimenting with language and structure, not using text as a simple transfer of ideas.

Think about how a piece can be written to reveal its meaning in different layers, some accessible and some not, depending on the reader’s ability to recognise and follow traces and to use their imagination.’

From reading ‘Silence’, a book of lectures and essays by John Cage, who I have been a fan of for some time but never formally studied,  I have finally been motivated to investigate the system of the I-Ching as a divination tool and chance operator generation.

I have taken four headings from The I-Ching or Book of Changes which I feel resonate with my approach to my practice and used the corresponding hexagrams as the method of typesetting the body of the text. This mirrors much of the tone of the written material which focusses on the transience and ephemerality of thought.

In order to avoid a narcisistic tone in attempting to write about my practices in a formal manner, I decided to adopt a conversational tone approaching some of the general methodology, philosophy and investigations that feed into my practice rather than focussing on the specifics of the work I create, the driving concepts or mediums in which I operate and the drawing of explicit influences. Quotes have been used sparingly to provide a counterpoint and open up potential avenues of discourse rather than being used to specifically illustrate points made within the text. These quotes appear at a lesser opacity than the written works highlighting the space between my text and that of my influences although they are still visibly related but exist on slightly different planes.

The centre pages contain a visual piece, at its centre lies the unicursal hexagram, a Thelemic expansion on ‘the endless knot’ around which are placed the 8 possible components of an I-Ching operation, the radiating circles represent ripples of thought expanding outwards from the central point of enlightenment.

The piece has been printed on transparent 110gsm vegetable vellum in order to highlight the mutability and intransience of the words contained in the text. An A5 booklet has been produced in the already established format of NTC Publishing series under which I published works for my degree show which draws on the aesthetics of field guides and produces an enjoyably tactile physical product that is identifiable as part of a collected sequence of works. You can view the full .pdf here or more images here.

‘These are the towns of light, built from remembered brick, conjectured beam, that stand in Hilbert space, a plane of concept and idea where thought is form. Where the recalled smell of fresh paint upon forgotten stairs is an event in place and time.’

I often like to mentally play around within this particular maxim, appropriated by the Situationists after its appearance on the walls of Paris in 1968.

In the spaces between things, inspiration and direction may be found. The mundane and overlooked can be utilised as a vehicle for divination, discovery and perspectival shifts.

By investigating the cracks in the pavement, an unknown and unplanned factor, formed through physical stress, structural or geological inconstenices or weather based erosion, and using this study in a psychocartographic manner, maps of new non-space can be realised, maps of potential and light, inhabited by spectres of our imagination.

A series of images were taken of cracked paving slabs and then printed, arranged and rearranged into a collaged layout allowing for the natural continuation of lines and pathways.

Once the selection had been shaped, the images were arranged digitally and a vector map was constructed. Thickness of lines were used to denote main roads and one line logically stood out as a waterway. The map, while devoid of detailed information, suggests the topography of a town or cityscape, the routes can be mentally traversed.

Following the in-depth investigation into non-space that I had undertaken into the Island of Chronacair as part of A Return, I made the conscious decision to leave it as a blank canvas for the viewer to impose their own speculation and detail onto rather than prescribing the information.

This new map, made out of the cracks in the pavement, is then projected onto found material in the form of broken concrete paving slabs creating a discourse of cause and effect, the map of non-space being realised in light, a non-corporeal manifestation of thought back into the medium which brought it into being in the first instance. More images can be viewed here.

I warned you it was going to be a long and rambly one.

I decided to push the boundaries of reactive expression today and set out to write, patch, perform, record and then give away an album in one sitting. 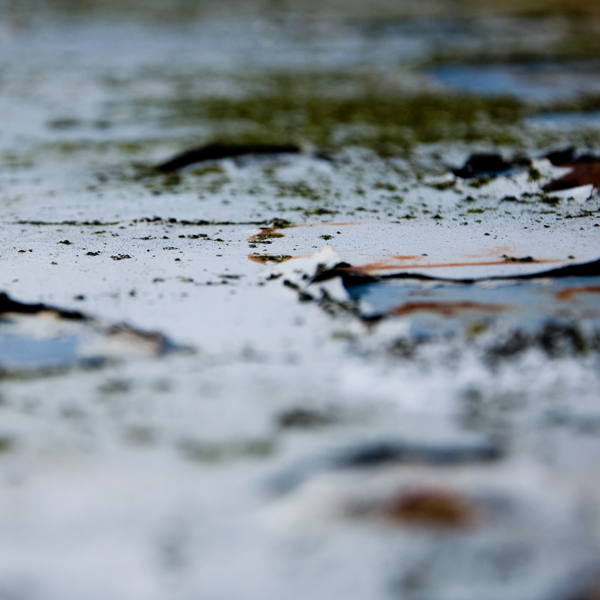 Click on the image above to go to the dedicated page where you can stream or download The Machine Was Already Singing.

Man, I’m not sure what’s up with my lapsing into irregular bloggery but I’m forcing myself to write up some recent bits and pieces.

First up I’d like to thank everyone that came along to  my performance at DCA’s ((echo)) a few weeks ago and of course for having the opportunity to do so. It was actually really nice to summon up Erstlaub and for the first time in a fair old while not feel completely drained and wrong afterwards. I had some very nice feedback including an email from Nikolaj (whose Rendezvous the work was made in response to) who is currently working away on a new project somewhere in Turkey on hearing the piece. You can download or listen to it below.

In other pretty big/interesting news, I recently made around 45 minutes of visual accompaniment for TVO’s performance at The Freaking Royal Albert Hall for his performance of Red Night Variations at Wire’s Rewind Live event. Horrible Slow Techno clogging up the RAH? Don’t mind if we do. You can see an edited little teaser for it below and it may well be avaialble on DVD at some point via Broken20 although my lawyers have yet to discuss my fee with the label (this isn’t true). Big up to TVO for repping ends so spectacularly.

In MFA news, I’m slowly being driven more and more mental by the endless succession of terrible and inane pop music leaking through the floor of my studio from the DJCAD canteen which can only be part of some long running experimental torture process. Other than that, I’ve just published a booklet in response to ‘Positioning Paper 1’ in which we were asked to write an 800(ish) word piece on us, our research and development practices. Despite the entirely limiting wordcount, I pretty much just let it happen as a stream of conscious approach, inspired by recent poking and prodding at the I-Ching and then packaged it all up in standard NTC Publishing form in an A5 booklet using 160gsm sturdy card for the cover and 110 gsm vegetable vellum to mirror the whimsy, transience and ephemerality contained within the body of the text. Below are some crummy images taken with my blackberry but at some point I should take some real pics. I’ll probably also post up a .pdf on the NTC site once the dust has settled a little.

Other than that it’s all proposals and just churning away at the grindstone.

I won’t leave it so long next time, I know how much you all worry about me.