I’m pleased to announce that Moving Furniture Records has release my latest piece. Here is what Sietse has to say about it.

“Most important news item for now is the release of the amazing album Broadcasting on Ghost Frequencies by Erstlaub.
After several releases on the London based label Highpoint Lowlife we get the opportunity to present a next work that explores more of the dark moody drones world this Scottish musician lives in.

Broadcasting on Ghost Frequencies is an album you really don’t want to miss out on; inspired by the Ganzfeld Procedure where the participant is deprived of visual stimulus and bombarded with white/pink noise drawing the mind to form patterns in the chaos often hearing voices from the past or inventing entirely new constructs within their consciousness, this release pays tribute to the parapsychological mind and its many wonders.
As usual, the album is limited to 100 copies and available through our shop here or through the EAR/Rational website.”

The piece was recorded in one take on my Nord G2 Engine using a Behringer BCR2000 controller plus my trusty Boss DD20 and RE20 Pedals to allow me to change environments on the Nord without the audio dropping. There is a little bit of mastering compression on the final output but other than that it’s free of any editing or post-processing.

It’s limited to 100 pieces and you can pick up your copy for just ‚Ç¨6 which is just over a fiver, it hardly even counts as costing money so show some love and get it while it’s hot straight from here.

Cheers to Sietse for giving me the platform to put this piece out.

Highpoint Lowlife has just released The Village Orchestra‘s – I can Hear the Sirens Singing Again which I was involved with.

There’s is already plenty of schtick around about its concept etc. but I figured I’d just make a little post about my experience.

Ruaridh actually turned me onto MPD Psycho a few years ago now after a relatively messy night out which resulted in us sitting watching a few post club episodes. I was immediately sold on the equal doses of detective thriller/comedy/supernatural psychodrama and genuine what the fuckery and picked up the rest of the series shortly after.

I remember getting quite excited when Ruaridh mentioned the concept and asked if I would be interested in pitching in and even more so when the rest of the guests, Dave Production Unit/Dirty Hope, Chris Dooks and Tom Konx-om-pax slotted into place.

We were each to pick out a 10 minute-ish chunk of time to focus on but I elected to let everyone else pick theirs first, as I already knew the episode we were soundtracking and from having done a fair amount of audiovisual sctick with Somniscope and the Sugihara projects that I was happy enough to work to anything that I would end up with.

After getting my timeslot (I’ll let you try and figure out my main section from listening to the release) I had a few false starts and abandoned ideas for using treated source audio (some of which is still clogging up my 404 Sampler) I decided to pull it back around to my usual way of working and create underlying mood along with some directly literal sound cues tied to the scenes.

Performance day rolled around in no time, I clearly remember the trains being off due to works so I had to get the bus through to Glasgow, with it being a Sunday and transport from Perth being lame, I ended up through wellll early and made my way along to the Ivy where I sat and blind-built a G2 Patch to be used in a send/return loop on the mixer allowing me to fiddle about with incoming streams on the fly. There was another Triptych event on in the Ivy in the afternoon that mostly involved some folky sorts gently tickling guitars and banjos being witnessed by a clutch of bad jumper/bearded twunts who took umbrage at people asking the bar staff for a drinks order in anything other than the meekest of whispers.

By the time we were set-up and ready to go, I had probably one of the most severe migraines I’ve had, it was a proper dizzy, about to throw up episode but, on with the show eh? We got down to brass tacks. I remember the moment of realization that this was it, 4 people (plus Chris’s parts ready to be played via MP3 Player due to Illness/Diary malfunction, I don’t recall which) with isolated ideas all throwing their lot into the ring with little idea of the outcome. There were moments of unscripted injunctions, textures and colours coming from unexpected, still unknown places all forming together into an amorphous ball of sound driven along, keeping pace with the visuals both in mood and timing (give or take in a few places).

I used my G2 Engine being controlled by an Evolution UC33e as it has a smaller footprint and is bus powered. The UC33 managed to lose its shit within the first 5 minutes sending all my fairly abstract midi mapping into the ether. I did manage to reassign all my control numbers on the fly but It was pretty frustrating and nerve wracking at the time (I blame the Curse of Marcia for that one). Completists/archivists can take note that this was the first time I played live that I used my Macbook Pro to keep an eye on my patches rather than the old Toshiba doorstop that I’d been dragging around.

It was a really enjoyable experience (if you forget the headsplitting pain during/afterwards) and I love the fact that there are some definable elements by each artist but on the whole, it took on a life of its own and definitely ended up being more than just a sum of its parts.

Buy it now direct from Highpoint Lowlife, with TVO being this season’s big thing, I don’t expect the limited run of 100 physical copies will stretch very far.

Oh, and look out a copy of the first episode of Miike’s wonderful MPD Psycho and play them together for the full Wizard of Oz / Dark Side of the Moon experience.

Reading: Cormac McCarthy – The Road, Haruki Murakami – Hard Boiled Wonderland and the End of the World

Bit of a general news update I guess and some arts for your eyes. Ghost Frequencies is having a wee delay but should see the light of day in the next month or so.

So anyway, I had an interview a few weeks back at Duncan of Jordanstone Art School in Dundee and I’m stoked to say I got an unconditional acceptance for a place on the Time Based Art degree. Really exciting, and scary, but looking forward to working in such a creative environment and flexing my creative muscles. Roll on September!

I’m all but finished my HND at Perth College save for a few small loose ends. My Graded Unit project once again got an A grade which I’m pleased about although I’d have had to kick my own ass if I got anything less. I was most pleased this year with the work I did for Fraser Stewart, a BA Popular Music Student, bass player and multi-instrumentalist extraordinaire and all round good guy. I’ll let the pack do the talking but it turned into a bit of a labour of love for me, check the rest of the set for more. Had a little time today to do some creation for the sake of it which was nice. Finally, the legend like 10-20 whose self titled album is already in my favourites of 2009 (along with other, more respected people’s opinions) has done a sweet mix for the folks over at Fact Magazine and, what’s this? It kicks off with some Scottish drone bloke? Splendid.

I’ll get round to some new material soon for you, I promise. Keep em peeled for Broadcasting on Ghost Frequencies on Moving Furniture and my guest slot on TVO’s I can hear the Sirens Singing… with Production Unit, Dooks, and Konx om Pax on HPLL. 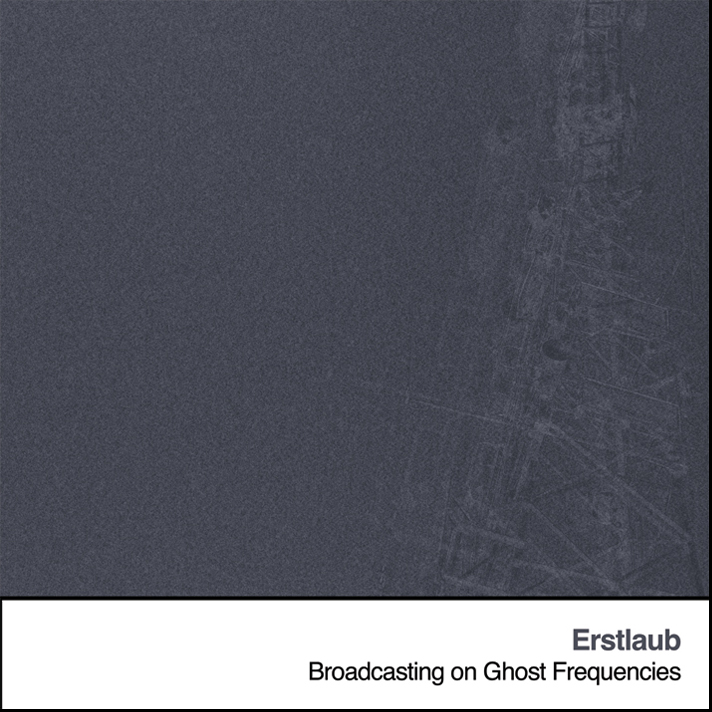 Master copy sent over to Sietse at Moving Furniture and sorted out the artwork this week, should be available very soon.

Just a little note to let you all know that Broadcasting on Ghost Frequencies is done, I need to get the master of in the post to Sietse this week and if all goes according to plan, it’ll hopefully be avaible on Moving Furniture Records from mid May or thereabouts. I’ll keep you posted though.

Other than that school work is all piled up over the next few weeks with the upcoming end of the academic year so I’m not expecting to get much done (other than that). I’m working on an Op-Art project at present and I’m pretty sure that all the research and stuff has broken my eyes. Oh dear!

I am super excited about going to see the legend that is Sleazy as Threshold Houseboys Choir next week at Stereo, Glasgow with TVO and have been glued to the Coil/thbc and amazing Soisong listenings all week, this morning sees me wrestling with my bank account following the new Soisong album being announced despite it being hexagonal and not having anything to play it (as it wont work on the mac due to um, being a hexagon). Hawt though.

DJ Funk is going to be ripping up the Sub Club for Numbers on Friday so I may well just have to make a weekend of it (and apologise profusely to my darling neice whose birthday I will already be missing).

Anyway, keep it dusty, here’s alittle piece of art what I made using ink and charcoal.

Oh yeah, I just picked up a MicroKorg also which despite giving the appearance of a fisher-price “my first synthesizer” has guts enough to have really grabbed my interest. At the moment it’s getting jammed with through my pedal setup in an Emeralds/12k/Dopplereffekt kinda style. If i get round to recording any of it I might treat you.

First post of new work on the new blog. Managed to get this little meditation built this evening after a little bit of a dry spell. Quite noisy, usual procedures. Another piece in the Ghost Frequencies puzzle I think.

It dosen’t really concern me.

Julien over at Lend Me You Ears did a little profile/interview of me this week and featured some downloads and the like.

“Ethereal/rumbling, soothing/menacing,¬†mysterious/lucid – Erstlaub‘s intense, affecting drones are rich enough (&, yes, long enough) to make room for these kinds of oppositions, though they tend to a dark, windswept beauty. They also draw, as the man explains in a thoughtful, rewarding interview below, from a deeply Scottish well (bagpipes included, though not directly…).

One of the glories of the fine Highpoint Lowlife label, Erstlaub is preparing new albums both for Moving Furniture & HPLL (the latter together with a cast of thousands, including the previously LMYE-featured TVO & Production Unit).

Besides these & other future plans, the discussion takes in musical tradition, first steps & methods, the nature & fit of drone, & his notable commitment to performance. He also touches on collaborations, remixes & other listening (Steve Reich, Basic Channel, Kranky – an LMYE hall of fame).

Sincere thanks to Dave for taking the time & participating so insightfully.”

The rest is here

So, some unaccountable screwup leads me to starting all over again having lost all my posts. Ah well. A chance to look forward rather than back maybe?

I’m in the process of trying to sort stuff out so prepare for broken things for now. If you should be linked on my blogroll or whatever, give me a shout and I’ll deal with it. If you notice any links that I am missing, shout also.

Anyone that gets an rss feed might have to update, I don’t know, bit of a nightmare but it at least got rid of my skanky assed old theme I guess.